Customer firstly found our video of ZX series 10hp powder liquid mixer which we uploaded in YouTube. In that video we mixed polyethylene glycol 200 and silicon carbide to get a homogeneous slurry mixture.

In fact inline high shear mixer in our product range is almost same as powder liquid mixer except for the feeding hopper. They can take same rotor and stor for proper mixing, dispersing and homogenizing. They’re good to mix oil and water phase ingredients to make them emulsified. If there’s powder to be incorporated in the liquids, it can be added through that hopper in front of the mixing head.

As customer will make only a small amount of cream by this in-line high shear mixer, he firstly decided to buy a 2hp mixer which will be enough for his existing requirements. Because his formulation of cream making needs heating and cooling, he requested us to make a 20L double jacketed powder/oil feeding hopper together with the homogenizer. 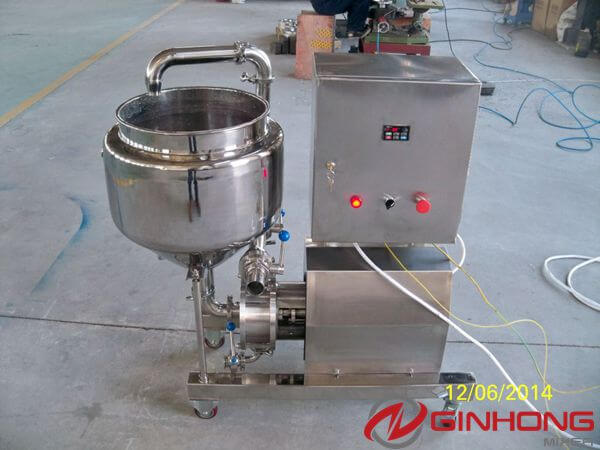 The interesting thing happened days after. He thought that a 2hp inline mixer is OK for his needs now. But for long term concern it might not be powerful enough in future after his business grows. He’ll have to make more batches to get the same volume of cream made by a 10hp mixer. So thinking it over he asked us to cancel the 2hp mixer manufacturing and make a 10hp mixer with a 30L double jacketed hopper. He would like to pay us more for the difference of these two mixers.

So we have to start again. The 10hp/7.5kw inline high shear mixer is made of an improved design of sharp rotor and stator. The final particle size can be made up to 2 mirco meters which is quite good for cosmetic cream. We used a ABB motor for customer as it’s powerful and stable. It can work under 60Hz for long years. The motor drives the rotor to self rotate at the speed of 3600rpm which improves the performance of the mixer. 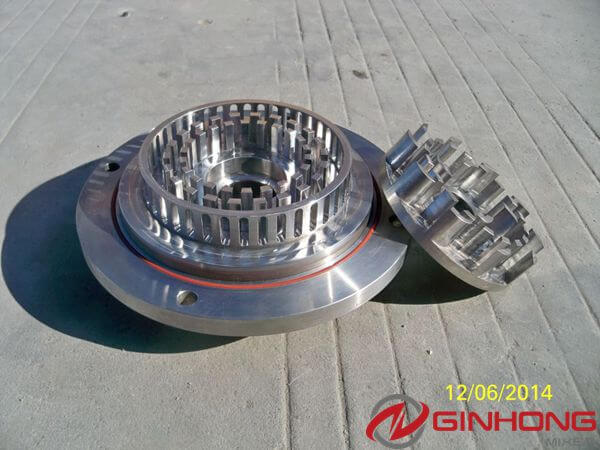 We tested this 10hp inline high shear mixer this afternoon with water. It worked perfectly with high pressure. You can take a look at the short video we took. After the testing, we’ll clean and dry the machine to pack it in a wooden case for shipment to Romania. Contact us today if you have similar requirements of inline mixer. 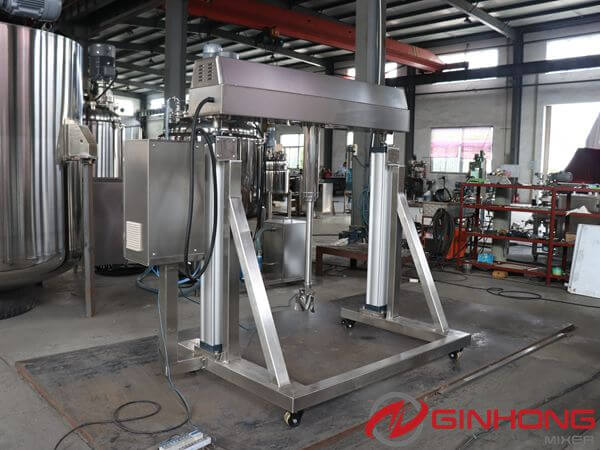 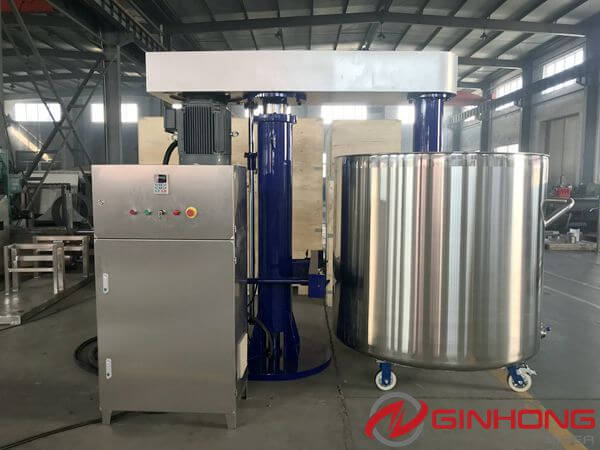 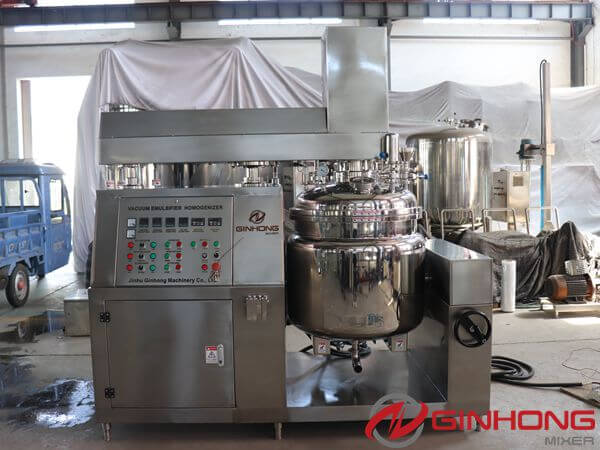